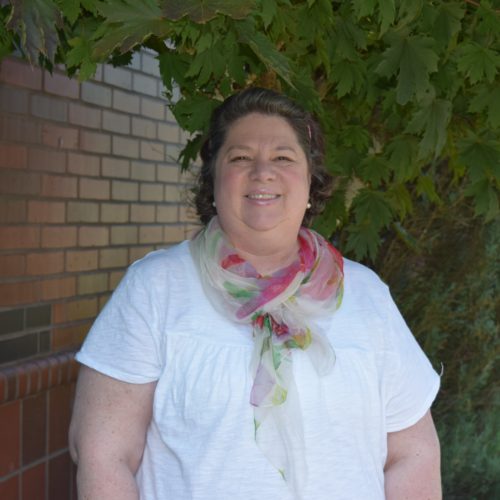 My name is Keely and I love assisting others to discover and embrace their best possible version of themselves. I left corporate healthcare management to live my own dream and have done that by being an educator, instructor and life-coach for the past 5 years.

I am a mom, grandma, wife, sister, daughter, team-member, musician, artist, writer, nature lover and above all, a life long learner. I am here to serve you in living your best life.

Favorite quote: ``Our history is not our destiny.`` - Alan Cohen 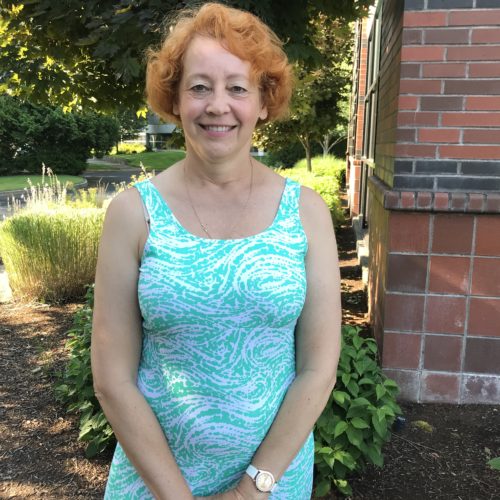 My name is Margarita and I am the Next Operations Manager. I am a bilingual and bicultural person who arrived in the USA from Russia 25 years ago. So, my life is divided into two big parts: I was a Medical Sciences researcher in Russia, and a Community and Social Services worker in the USA.
Once I made it to the USA I was impressed with cultural diversity in this country and immediately immersed myself into a new culture. I worked daily in a multicultural and multiethnic environment helping and serving people from almost 40 different nationalities, and my coworkers also were speaking altogether more than 40 different languages and dialects.
I had a dream to get into a graduate school in the USA and achieved a Master’s Degree in Education and Counseling from Lewis and Clark College, in Oregon.
I am passionate about helping youth to reach their dream and potential personal and professional height.
In my free time I like to paint in all kinds of media. I’ve had two art exhibitions so far!
I like to roast my own coffee beans and be a barista for my friends and relatives. I also enjoy reading books, listening to music, and traveling to all sorts of locations. Some of hike, take pictures of the Northwest nature, chat with friends, and watch movies.
My favorite quote is from Paulo Coelho’s ‘The Alchemist”, a novel written with magic in mind and the intuition of following your heart constantly with the recurrence of a particular saying, “When you want something, all the universe conspires in helping you achieve it.” 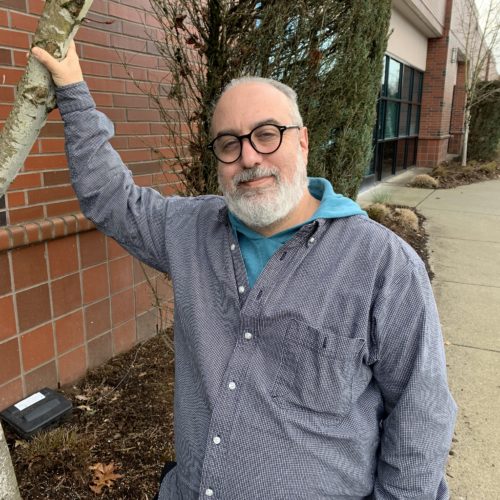 Hi, My name is Jason and I am the Education and Outreach Specialist here at Next. I have spent the last 20 years helping young adults who are in need of help in their lives, whether academically or otherwise.
I hold a Bachelor's degree in Social Studies and a Master's degree in Education. I truly enjoy working with young adults and have made it my life's goal to help all students who need to find their way.
In my free time, I like to read on my kindle, collect comic books, and play Destiny 2 on my Xbox series X.

My favorite quote is, ``I must not fear. Fear is the mind-killer.`` From Dune. I have this in a tattoo on my leg to remind me that fear can be overcome by anyone. 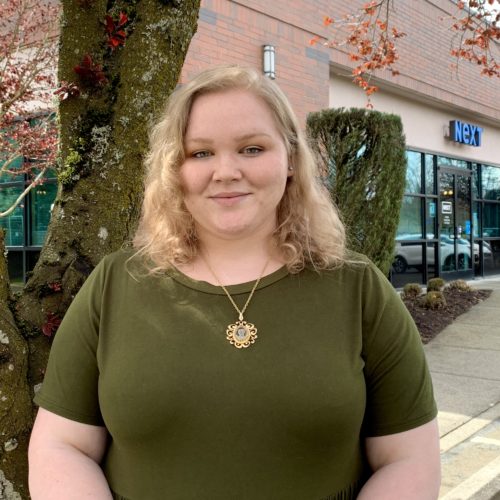 Hello! My name is Chaney and I am the Next Office Manager. I help everything in the office run smoothly, mange social media and proctor our GED test site.
I grew up in the foster care system and was adopted as a teenager. Through determination and a great support system I was able to participate in the Running Start program and attend college. I graduated from William Carey University with a studio art degree. My experiences in foster care greatly impacted and shaped who I am today. I find fulfillment and joy in working at an organization where I can give back and contribute to someone else’s success story. Everyone deserves to succeed and I am so proud of everyone’s success no matter how big or small!
I specialize in painting and drawing people, as I find them to be the most interesting. I also collect arachnids and have a thriving houseplant jungle in my living room.
I couldn't pick just one, so my two favorite quotes are:
“There are darknesses in life and there are lights, and you are one of the lights, the light of all lights.” - Abraham Van Helsing, Dracula
“Don't lose heart if it's very difficult at times, everything will come out all right and nobody can in the beginning do as he wishes.” - Vincent Van Gogh 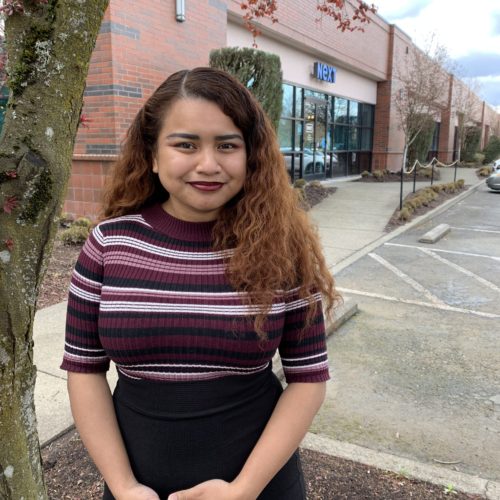 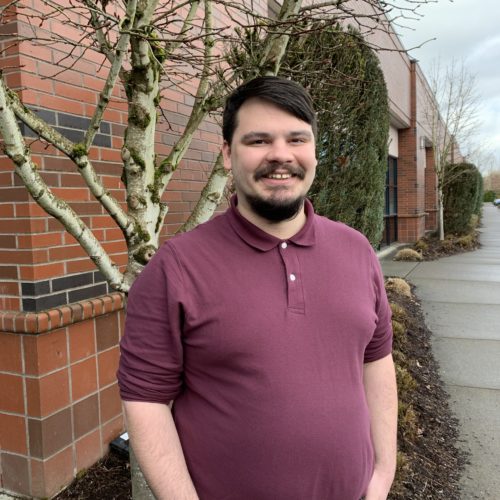 Hi, my name is Jered and I am a Youth Talent Development Specialist at NEXT. I am thrilled to be part of this amazing team.
Prior to my time here I worked as a Technology Navigator assisting and educating individuals in all aspects of computers with the goal of boosting their skills and using those skills to secure good jobs.
I live to serve my community and will continue to find new ways to do so. In my free time I love spending time and traveling to fun outdoor destinations with my wife and daughter. I’m also obsessed with superhero movies and hip hop.

One of my favorite quotes is by the great Dr. Suess: 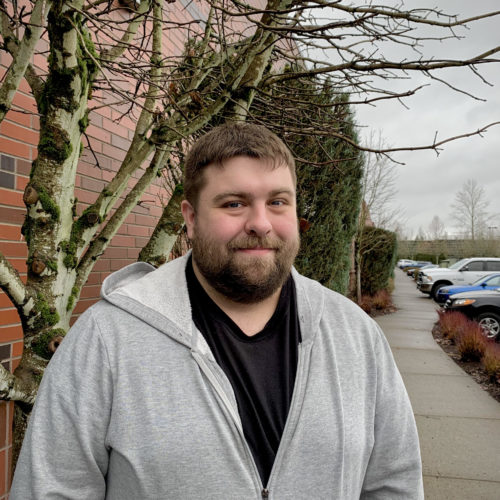 Hello! My name is Connor, and I am a Talent Development Specialist at Next for our young adults in Cowlitz and Wahkiakum counties. I hold a degree in history and anthropology. I have spent the last few years working with youth as an educator in the Kelso school district, and I am very excited to continue to work with youth in supporting their future endeavors!
During my free time, I love to read high fantasy and write. I also enjoy spending time with my fiancé and our two cats Samwise and Binx. I also love playing violin.

One of my favorite quotes is ``All we have to decide is what to do with the time that is given us,`` - J.R.R. Tolkien 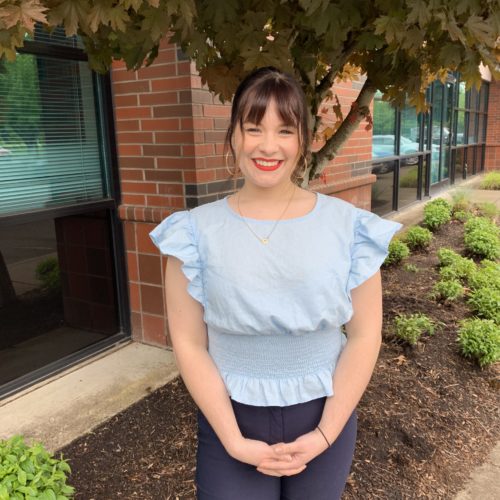 Hi there! I am Sammee, a Talent Development Specialist here at Next. I have a bachelor’s degree in Psychology and a double minor in Criminal Justice and Addiction Studies from Washington State University Vancouver. I have had the privilege working with foster care youth and children with ASD. While pursuing my education I also served my community as a waitress. These work experiences have had a lot of influence on who I am today. I thrive in environments that promote care, support, and rehabilitation. I am always seeking an opportunity to make a positive impact within the community I serve. A wise man once told me that a single positive influence can alter the trajectory of someone’s life drastically. I have held this belief with me ever since and strive to be that singular positive influence.

My free time is occupied mainly by my rescue pup named Luna. She is a stubborn yet intelligent 7-year-old husky with a sassy personality and a love for chewing boxes. You can also find me at any thrift store or plant store on the weekends or hear me belting out showtunes in my car.

My favorite quote is from the Disney movie The Princess and the Frog, “I’m gonna do my best to take my place in the sun.”
– Tiana 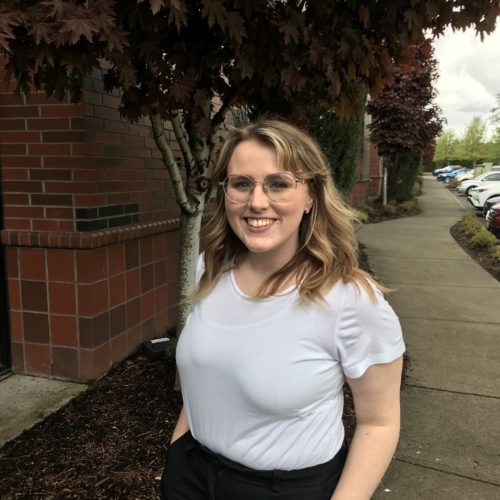 Hello! My name is Taryn Williams and I am the Business Development Specialist at the Longview Work Opportunity Center in Goodwill. I have a bachelor's degree in History with a minor in English from Washington State University (Go Cougs!). I have worked in multiple different settings before joining the team, including as a manager of a bookstore and working as a social emotional learning youth educator in the Kelso School District.
In my spare time I enjoy reading (nonfiction, fiction, short stories, poems, everything really), going on hikes with my fiance, and drinking copious amounts of coffee. My favorite book is ``The Book Thief`` by Markus Zusak & my favorite quote from ``The Book Thief`` would have to be; ``Trust me, though, the words were on their way, and when they arrived, `{`she`}` would hold them in her hands like the clouds, and she would wring them out like rain.``
360-501-8354
taryn.w@nextsuccess.org 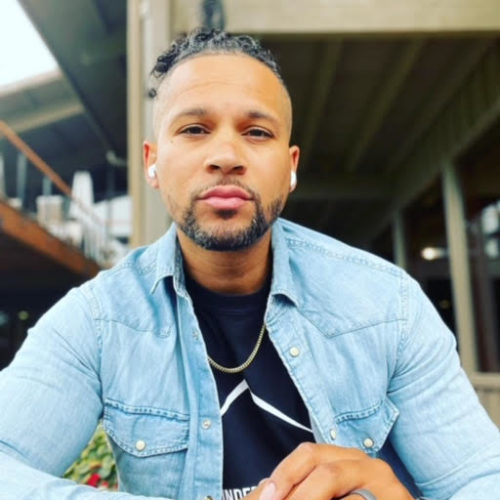 Tyler Monk is a first-generation college graduate, entrepreneur. He grew up in the inner-city of Portland, OR where he struggled academically throughout high school. It wasn’t until he was 16 that Tyler realized his potential to be a high-level athlete. His first passion was basketball and he used the sport to earn a full-ride scholarship to play in college. He began his college journey in Bakersfield, CA then later graduated from Central Washington University with a degree in management and leadership theory. After graduating, Tyler worked for the Boys & Girls Club of SW Washington, and was the Site Director of GEAR UP at Hudson's Bay High School.

In 2017, Tyler launched his Inspirational story-telling company —The Underdog Mentality. Tyler believes that “You can love people without leading them, but you cannot lead people without loving them. Tyler has partnered with Next Success since 2018.

The Underdog Mentality (TUM) was created to help people tap into the power of the potential so they can lean into their greatness. Through storytelling, leadership development and goal setting we help youth develop an unwavering belief in themselves, despite the conditions, circumstances and critics that surround them. 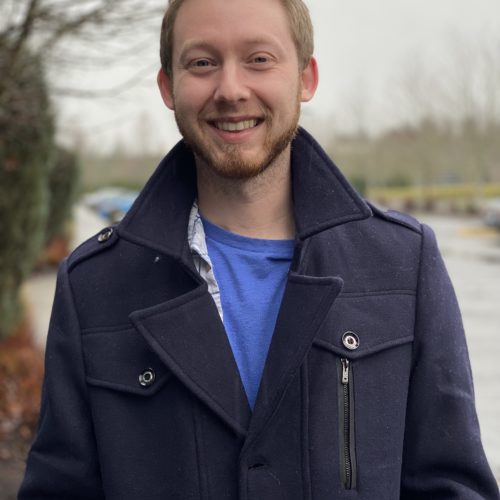 Alex has been a program manager for Clark College in the past and is an effective leader. Alex is committed to the outcomes of each student. 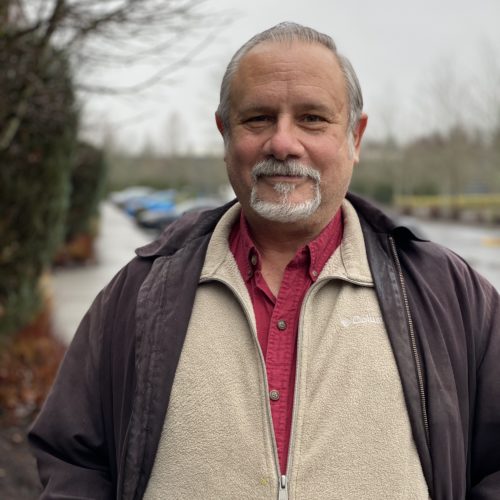 I was am associate professor teaching in GED and English as a second language courses for 16 years. I wasn't always a teacher. I never went to high school. I earned a GED at age 19 while serving in the military. Later in life, I earned my first college degree at age 41, and a bachelor's degree at age 47. I learned I liked to teach and went on to earn a master's degree in education so I could teach. I share this because no matter what you've done, or where you have been and are at, your future is not written. I love teaching GED classes because it is so awesome to see people discover they can learn and then see doors open right in front of their eyes.

Next is an initiative of Workforce Southwest Washington.

Next is an equal opportunity employer/program. Auxiliary aids and services are available upon request to individuals with disabilities. Washington Relay 711.